A woman who settled an age and sex discrimination suit against her former employer this year has set her sights on recovering $230,000 in fees, plus other damages, from her former law firm.

Deborah Suboh last week sued Alembik, Fine & Callner and one of its former partners in DeKalb County State Court, saying she could have forced a lot more money from her ex-employer had her lawyers not mishandled her case. She claims that the firm missed a filing deadline and made matters worse by concealing that error and then withdrawing from the case as she was about to go to trial.

Suboh said Mark E. Berge-son, who left the firm this year, continued to tell her she had a case worth more than $1 million even when he knew that his failure to file her claim with the U.S. Equal Employment Opportunity Commission within a crucial 180-day window may have jeopardized her ability to recover damages.

“It’s not unusual that a mistake was made—these things do occur,” said Atlanta sole practitioner Linley Jones, who represents Suboh. “What’s unusual is that a firm of the size and reputation of Alembik, Fine & Callner did not report the error and consult with their client and instead just withdrew from the case.”

Jones also said the firm, contrary to normal practice for plaintiffs’ lawyers in employment discrimination cases, billed Suboh on a per-hour basis instead of accepting the case for a contingency fee.

Suboh “didn’t know any better,” said Jones. “She had done a good job of socking away her money, and she spent a great deal of her life savings on Alembik, Fine & Callner.”

Bergeson did not respond to two telephone and two e-mail messages, one of which included a copy of the suit.

Bergeson, who earned his law degree at the University of South Carolina in 1984 and joined the State Bar of Georgia that same year, was named a partner at Alembik Fine in 1993, according to an announcement in at the time The Atlanta Journal-Constitution. His listing on the Bar’s Web site shows no record of disciplinary actions.

An Alembik Fine associate involved in Suboh’s case, Keith D. Siver, referred an inquiry about the matter to senior partner Lowell S. Fine, who did not respond to two telephone messages or two attempts to reach him via e-mail, which also included a copy of the complaint.

The legal malpractice case against Alembik Fine stems from Suboh’s suit against her ex-employer, whom Jones declined to name, citing the confidential nature of its recent settlement with Suboh. The name of the company is redacted throughout the complaint, but a review of federal filings reveals that Suboh filed suit against Bell-South; her attorney was Bergeson.

According to her court filings, Suboh was terminated from BellSouth in late 2001, one year before she was eligible to retire after 30 years with enhanced benefits and pension. She claimed to have been harassed about her age and subjected to demeaning remarks by a younger, male supervisor for two years. She also said that, for the first time in her career, she was denied a pay raise and criticized for requesting vacation time.

“What’s unusual is that a firm of the size and reputation of Alembik, Fine & Callner did not report the error and consult with their client and instead just withdrew from the case.” —Attorney Linley Jones

According to a copy of a Nov. 30, 2001, engagement letter attached to Suboh’s legal malpractice complaint, she agreed to pay $235 per hour for Bergeson’s services and those of any other partners involved; $190 an hour for work done by associates; $120 for paralegals; and assorted other expenses for such tasks as photocopying and couriers.

On April 14, 2003, Bergeson filed Suboh’s suit in U.S. District Court in Atlanta accus-ing Bellsouth Telecommunications Inc. of, among other things, violation of a federal civil rights law barring discrimination on the basis of age and gender.

Until 2007, according to the malpractice complaint, the firm assured Suboh that her claim could bring a hefty award. A 2006 pretrial order identified almost $2.8 mil-lion in damages, while a March 9, 2007, letter to a mediator pumped the sum to $4.9 million, wrote Jones.

There was, however, a problem. Plaintiffs seeking to file a claim such as Suboh’s must file a complaint with the U.S. Equal Employment Opportunity Commission within 180 days of the alleged violation.

In this case, according to the malpractice suit, that event occurred on Nov. 12, 2001, when Suboh was told she was being dismissed.

But Suboh’s EEOC claim was not was not filed until May 23, 2002, according to a March 21, 2007, memo from Siver, the associate, to Fine, a copy of which is attached to the legal malpractice complaint.

“Thus,” wrote Siver, “although it was filed within 180 days of her effective date of termination on December 2, 2001, the earlier date of notice governs, and therfore the claim was untimely.”

Siver cites some case law suggesting ways to argue against the earlier tolling date and noted that Suboh’s other claims of enduring a hostile work environment stood a good chance of survival.

But he concluded, “[w]hile Ms. Suboh’s hostile work environment claim is likely timely, it is a minor claim from a damages perspective … It will be difficult for her to prove damages on this claim.”

Four says later, on March 25, Fine called Suboh, according to a follow up letter he wrote to her, and told her Bergeson was leaving the firm and that she would need to seek new counsel. In that letter, dated March 28, Fine cites Bergeson’s “decision to pursue other career opportunities” in the firm’s decision to withdraw representation.

“As we discussed, our firm does not have another attorney with the requisite experience in employment litigation to continue to handle your case,” wrote Fine.

Although the firm’s Web site includes the names of five attorneys in its own Business and Employment Litigation section, including Fine and Siver, the letter suggests several other attorneys not affiliated with the firm to take the case.

The letter also says that Suboh’s final billing installment of $25,000 would be reduced by half to defray the costs and expenses of Suboh’s new lawyer getting familiar with the file.

Despite the fact that the late filing had been noticed early on in the case by Bell-South, Suboh’s lawyers “did not advise Ms. Suboh of their mistake,” her suit claims.

A March 28 motion seeking permission to obtain new counsel says that Bergeson on March 27 informed Suboh that “he was making a career transition, and that he did not plan to further engage in the private practice of litigation.”

Suboh, according to the malpractice suit, paid Alembik Fine a total of more than $230,000 over the five years of their representation.

Trial had been set for Feb. 20, 2007, but U.S. District Judge Clarence Cooper issued an order delaying it while the parties entered into settlement talks.

Suboh retained one of the attorneys Fine suggested, Edward D. Buckley III of Buckley & Klein, to take over the case, which was dismissed Sept. 26 as a result of the settlement agreement.

Buckley, who was in court and could not be reached for comment, is not involved in the DeKalb suit.

In an interview, Jones said the firm’s failure to file the EEOC complaint on time was “critical for her ability to collect a fair value for her claim.”

After paying all the legal fees and taxes on her settlement, said Jones, Suboh will get only a fraction of what she should have garnered. Her client recently requested that Alembik Fine return all of the fees she paid them, but received no response, she said. 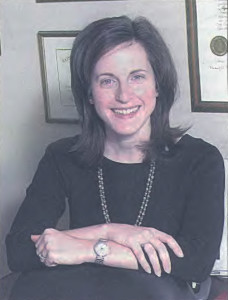 Alysa Freeman, who isn’t involved in the case, found it unusual the case survived summary judgment.

Under Georgia laws, suits alleging professional malpractice are required to have a supporting affidavit. Attached to Jones’ complaint is an affidavit from Ruth W. Woodling, a Chorey, Taylor & Feil labor lawyer, who said that the defendants breached their fiduciary duties and professional rules of conduct by charging excessive fees to Suboh and by failing to file her complaint in a timely manner and then not informing her of that failure.

Atlanta labor lawyer Alysa B. Freeman, who reviewed Jones’ filing at the Daily Report’s request but is not involved in the matter, said she was surprised Suboh’s discrimination case survived summary judgment, given the missed deadline.

“The 11th Circuit’s a business-friendly court, and the tolling argument [Alembik Fine] was trying to argue would have been tough in this venue,” said Freeman, who generally represents plaintiffs in discrimination cases.

She also said that the per-hour fee arrangement was unusual for such a case.

“In my experience, the vast majority of plaintiffs in these can’t afford $230,000 in fees,” said Freeman. “It’s almost always on a contingency basis, with the client covering expenses as you go.”