FULTON COUNTY JURY AWARD of $250K triggered offer of judgment provision . An elderly woman who was knocked down by a neighbor’s bulldog as she walked her own small dog has collected about $360,000 in a post-trial settlement.

A Fulton County jury had awarded her $250,000 in September, which was just enough to trigger a rule punishing parties that reject a settlement offer and then fare worse at trial by making them pay some of the other side’s attorney fees.

“It was apparent that [the defense] was going to be on the hook for attorney fees,” said the plaintiff’s attorney, Linley Jones, who negotiated a settlement that added about $110,000 to the award.

But there was sort of an argument over whether this was a true attack or just an accident with a dog off of a leash,” Grant said. “Was my clients’ dog trying to play with hers? It was characterized as the dog jumping up on her, but it may have been a case where the dog had come to play with and bark at Ms. Baker’s dog, and she got tangled up between them.”

No matter what Bentley’s intentions were, said Jones, the incident left the then-81-year-old Baker—”a wonderful lady, so young and healthy, living a full life” —with permanent injuries to her wrist and back.

Baker was walking her dog one evening in March 2010 near the intersection of River-wood and Riverhill drives in Sandy Springs when, according to the complaint, the 85-pound Bentley came “bounding across a nearby yard into the street, charging Ms. Baker and her dog and violently knocking Ms. Baker to the ground.”

Jones said Bentley had apparently escaped through the open garage door of David and Shara Karlebach as Shara was preparing to enter her car and had momentarily stepped back into the house.

Jones said the exact sequence of events was never quite clear—Baker was somewhat disoriented after the fall—but she said an eyewitness described Bentley “running at her and jumping up as high as her head.”

In the midst of the ensuing melee, Baker either fell or was pushed to the ground. Bubba, “a tiny, fluffy dog” was unhurt, Jones said, although Baker said Bentley had “closed his jaws repeatedly” around the smaller dog.

A passing driver stopped to assist, and a neighbor drove Baker to her home to retrieve her purse, said Jones. David Karlebach arrived and drove Baker to the emergency room at St. Joseph’s Hospital, where she was diagnosed with having suffered a fractured left wrist and sprained right wrist, back injuries, and numerous abrasions.

“She believed she was bitten in the hand, but someone told her secondhand ‘you weren’t bitten,’ and that’s what she told the emergency room doctor,” Jones said. “Later, we saw that the medical records said she had a puncture wound, but the real, serious injury was incurred in the fall.”

A mediation early in the case before James Stewart at Bay Mediation was unsuccessful, Grant recalled.

In September 2011, according to court filings, Jones made an offer of judgment to settle the case for $199,000, which expired without being accepted.

In early 2012, the plaintiff moved for partial summary judgment, asking the court to rule that the Karlebachs had committed negligence perse by admittedly allowing Bentley to leave their property unleashed, and that the lone issue for a jury was the amount of damages.

In response, Grant and firm partner J. Robb Cruser filed a motion arguing that Baker may have fallen while attempting to kick Bentley, so she was at least partly responsible for her injuries. Judge Brenda Cole declined the plaintiff’s motion.

Jones and associate Jennifer Ivey represented Baker in a three-day trial beginning Sept. 17, with Grant at the defense table. During trial, Jones said Baker’s only experts were her doctors, who testified by video deposition. Other testimony came from eyewitnesses including a “grumpy old man” whose testimony was “so outrageous the jury was laughing,” she recalled. 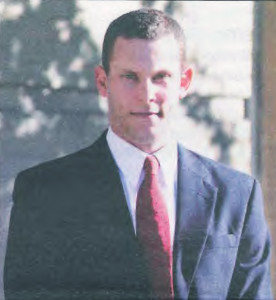 Russell Grant, the defense lawyer, said there was argument over whether the dog attacked.

During closing arguments, Jones said, the defense asked the jury to award Baker $26,400 in medical expenses and a “random sum” for pain and suffering, suggesting $73,400.

The $250,000 verdict was “exactly at the slim 25 percent margin required to invoke the statute,” said Jones. “The jury came back with that without me ever asking for it.”

According to filings, Jones had a contingency fee agreement under which she was to receive 40 percent of any award.

Grant said he thought the biggest factor in the case was the plaintiff herself. ”

She was this nice, elderly woman; it was like having your grandmother on the stand,” he said. “I think the jury just liked her.”

The case is Baker v. Karlebach,