An off-duty police officer who suffered severe wrist and ankle injuries after being hit head-on by a drunk driver has reached a $500,000 settlement with the driver’s insurer— $400,000 more than he originally asked for, according to plaintiff’s lawyer Linley Jones.

“His car was totally destroyed,” said Jones, and he was “very badly injured.”

Crockett, who was returning from work as a patrol officer for the Department of Veterans Affairs, required several surgeries and is still unable to perform his former duties; he is now on desk duty as a dispatcher, she said, and “his career path is essentially finished as a policeman.” 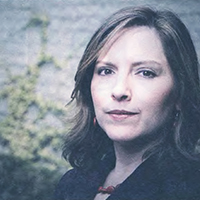 The truck’s driver, Sherry Turner Vickers, whom Jones described as “in her 50s,” had been drinking with her boyfriend for several hours prior to the wreck. In October 2006, Jones filed suit in Gwinnett County State Court charging Vickers with negligence, along with her mother, Martha Turner, who owned the truck; and basing the claim on Georgia’s dram shop law targeting Vickers’ boyfriend, Darel C. Mitchell, for providing the alcohol.

The boyfriend’s insurer settled for the limits of his homeowner’s policy, $300,000, following a demand letter, said Jones.

But State Farm’s attorneys denied Crockett’s claim, asserting in court papers that his injuries were not as serious as he claimed.

“I couldn’t believe it,” she said. “But after they denied the claim, they had no choice but to fight it.”

“Why they decided to beat my client up for more than a year before paying five times what we asked is a mystery,” she said.

State Farm’s attorney, Paul L. Groth of Suwannee’s Groth & Makarenko confirmed the settlement, and said that he could did not comment further on the case.