William S. Arnett was a collector.

As a boy Arnett collected baseball cards, stamps and butterflies.

As a man he collected and studied art from around the world and championed self-taught Black artists in the Southeast.

“He was always someone who saw objects as a way of putting the world in order,” said Matt Arnett of Atlanta, one of four sons.

His father, “always felt you learned more about humanity by studying its art and their culture rather than their conquests.” 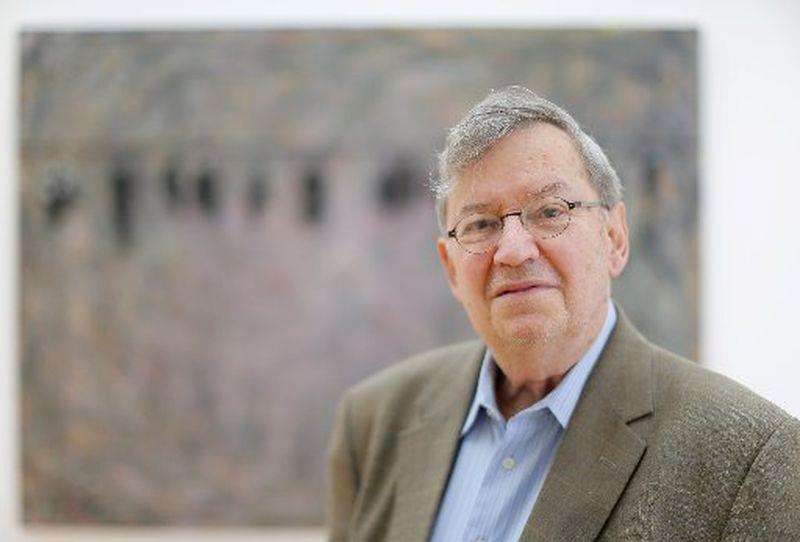 He was well-known in Atlanta’s arts community as an art historian, collector and philanthropist. He and his family founded the Souls Grown Deep Foundation to promote African-American artists from the South and to foster economic empowerment and racial and social justice.

Arnett was not active with the foundation at the time of his death, said Matt Arnett.

“Until the end of his life, he never spent any time working on anything but preserving, documenting and becoming an advocate for the world of Southern African-American artists,” including Lonnie Holley and the quilters of Gee’s Bend, said Matt Arnett.

Atlanta-based artist and musician Lonnie Holley, once known as Sandman, first met Arnett in 1986. By then, Holley’s work had already been shown in several major cities, but he credits Arnett with helping him become “more of a global artist with my music and my art.”

Arnett “felt there was something sacred about our art,” said Holley, who was born and raised in Birmingham, Alabama. “When it came to art, he was really a strict person. He didn’t play around. He didn’t like for nobody to try to misuse it or abuse it. From Africa to America, he had helped American citizens better understand our arts.”

Another son, Paul Arnett, remembers growing up in a home filled with “thousands” of pieces of art from around the globe.

“We had visitors from all over the world. Every race. Every religion. Every sexual orientation,” he said. “We’re mainly talking about people in the art world.”

One of his dad’s best friends was Millicent Dobbs Jordan, who hailed from Atlanta’s prominent African American Dobbs family, was one of former Atlanta Mayor Maynard Jackson’s aunts and a former college professor. “She was usually at our house once a week. She introduced him to a lot of people in her social circle.”

“He’s a hero to not only humanity (but) to the next generation that needs that part of the puzzle,” said Minter. “He took a beating because of what he was doing, because what he was trying to do was get the whole story told.”

He said Arnett worked tirelessly to get the work of Southern African American artists in the major museums and collections. “Bill fought every museum there is,” he said.

His work, though, was not without controversy.

Three of the quilters from Gee’s Bend, Alabama, named William Arnett, among others, for not paying them their rightful earnings, according to a 2008 article in the Seattle Times.

The lawsuits were eventually settled.

The son of Hilliard Arenowitch, a wholesaler, and Minna Moses Arenowitch, a homemaker, Arnett grew up in an upper-middle class Jewish family in Columbus during segregation.

He learned early about class divisions and racism.

As a teenager, Arnett fell in love with music by Black artists like Fats Domino, Clyde McPhatter, Chuck Berry and Little Richard. He used to beg his mother to take him to record stores in black neighborhoods so he could buy Black music, items he couldn’t find in his community.

He also loved sports, particularly baseball and basketball, said his son Paul Arnett.
There, he also learned about injustice and racism as a result of white players not being allowed to play against Black athletes.

“He just couldn’t understand what purpose segregation served,” said Paul Arnett. “It prevented him from playing against the (Black) players he wanted to test himself against. It instilled in him the need for fairness in the world and that people should rise based not on biography or identity but ability.”

After attending Georgia Tech and the University of Pennsylvania, Arnett graduated from the University of Georgia. He left Atlanta for London, where he developed an affinity for the visual arts. During his lifetime he traveled to more than 60 nations to study and collect art.

He and a brother, Robert Arnett, became art dealers and collectors, specializing in non-Western civilizations, including those of the Middle East, China, Southeast Asia and Africa.

In 1964, he married his high-school sweetheart, Judy Ann Mitchell, who died in 2011, and raised four sons.

“In lieu of donations, the family asks that people listen to some Verdi and Aretha, eat a slice of Mexican-style flan, show kindness to the next cat they encounter, and pursue every curiosity about new art forms,” according to the family obituary.