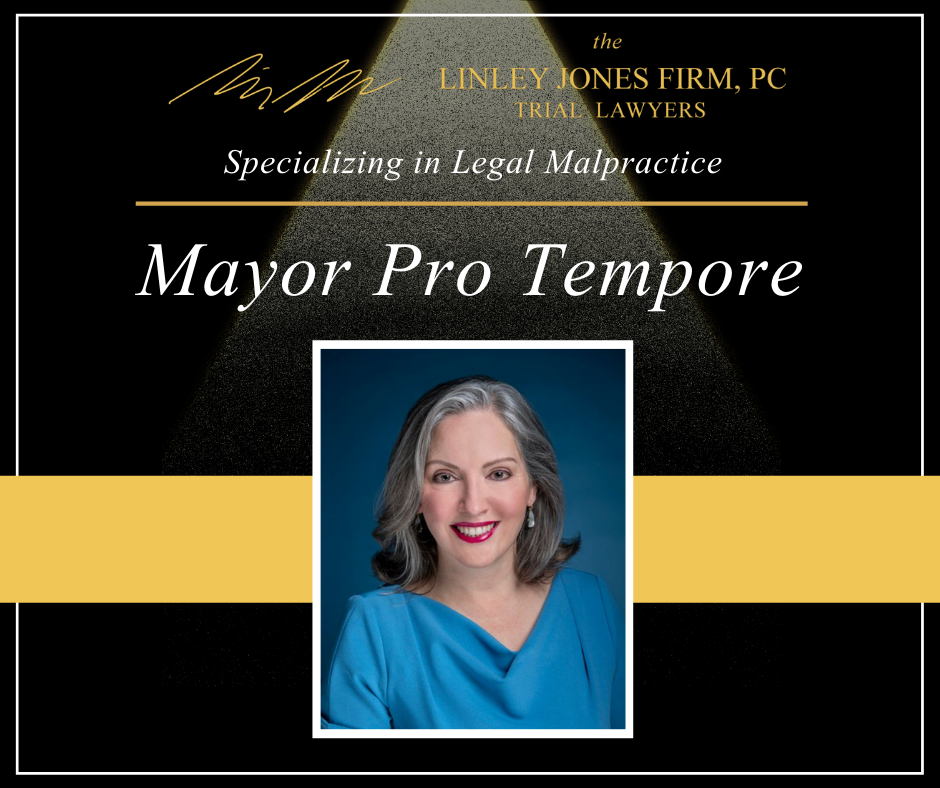 “I am honored to be elected by my fellow councilmembers for this leadership role.  Being Mayor Pro Tempore provides yet another opportunity for me to be of service to the citizens of Brookhaven.  I also appreciate the chance to support our mayor in his role, as needed.  I am gratified to continue to fulfill the vision of our citizens and founders in making Brookhaven the best city it can possibly be.”

Councilmember Linley Jones was first elected by the City Council to represent District 1 in June 2015 to complete the unfinished term of the late Rebecca Chase Williams when she became mayor.  In November 2015, Councilmember Jones was elected to represent District 1 in the general election.  She was re-elected without opposition in November, 2019.

Councilmember Jones has lived in Brookhaven for over 30 years.  She has served in various roles supporting our City and its citizens since serving as the spokesperson for Brookhaven Yes during the founding of our City.  She currently lives in District 1 with her husband and son.

Councilmember Jones works full-time as a trial lawyer, specializing in legal malpractice, since 1992 and also served as President of the Georgia Trial Lawyers Association.  She was the first female lawyer in the United States to be board-certified in legal malpractice.  Councilmember Jones has repeatedly been named one of the Top 100 Super Lawyers in Georgia and also one of America’s Top 100 Personal Injury Lawyers, most recently in 2021.  She is the founder of The Linley Jones Firm, PC and currently practices in Buckhead.

In addition to practicing law and serving as a member of City Council, she serves on the board of the American Board of Professional Liability Attorneys and serves as an officer of Souls Grown Deep Foundation, an organization dedicated to documenting, preserving, and promoting in the canon of American art history the contributions of African American artists from the South, and the cultural traditions in which they are rooted.  She also serves as an officer of Souls Grown Deep Community Partnership which is dedicated to improving the quality of life of communities that gave rise to the art made by African American artists of the South.